Scoliosis is one of those words most people have heard, but aren’t sure of the meaning. Children are usually checked in school for scoliosis. Scoliosis refers to a sideward curving of the spine, most often seen when looking at someone’s back from directly behind them. The curve may be C-shaped or S-shaped.

Signs of scoliosis include shoulders being different heights, waistband of pants slanting down on one side, head looking off center to the spine and the rib cage looking quite different from side to side.

According to the authoritative Cleveland Clinic, statistics show that approximately 2%-3% of Americans at age 16 have scoliosis. Less than 0.1% have curves measuring greater than 40 degrees, at which point surgery becomes a consideration. Girls tend to be affected by scoliosis four times more than boys.

Scoliosis is usually identified by a postural screening. The degree of curvature is then identified by xray. There are several different types of scoliosis.

The most common type is called idiopathic—or “the cause is unknown.” It is usually found during teenage growth spurts. During this time, postural imbalances noted before may become apparent.

Congenital scoliosis involves malformations of the vertebrae of the spine in the womb. This can occur when individual vertebra either don’t form correctly or don’t separate into segments as they should. The results of these malformations vary significantly and a physician should take part in the management of this problem.

Neuromuscular scoliosis refers to neurological conditions such as cerebral palsy or spina bifida, to name a few associated problems. A physician specializing in these conditions should be involved in medical management.

Degenerative scoliosis can occur because of injury or illness that causes a collapse of bone. This includes major back surgery or osteoporosis.

Scoliosis of a functional type can also occur as a result of an injury or fall. Functional scoliosis refers to a recent compensation of the spine to an imbalance in the pelvis or spine. For example, if you rotated your pelvis forward on one side, which resulted in a leg length discrepancy, the spine would curve to keep you standing straight. Usually, when the pelvis alignment is corrected, the scoliosis resolves.

General treatment guidelines for scoliosis include the following:

Bracing is usually the treatment of choice in adolescents with spinal curves of 25-30 degrees. This is a temporary correction meant to keep the curve from getting worse during the remaining growth period.

Surgery is considered in curves in excess of 45 degrees. It usually doesn’t completely straighten the curve, but aims to prevent it from getting worse. It usually involves fusing segments of the spine together, sometimes using metal stabilizers.

Manual physical therapy can prove very helpful in managing scoliosis, especially in cases of idiopathic and functional types. Evaluation of the postural structures and the interrelationships between possible causes of leg length discrepancies, pelvic imbalances and spinal curves can give a holistic overview for how to approach the problem. If structural correction is an option, it is usually accompanied with specific lengthening exercises that assist a patient in further management.

So, if you suspect scoliosis, check with your doctor and get a manual physical therapy evaluation.

How Can We Help You?

Where Does It Hurt?

Visit Our Learning Nook for Help 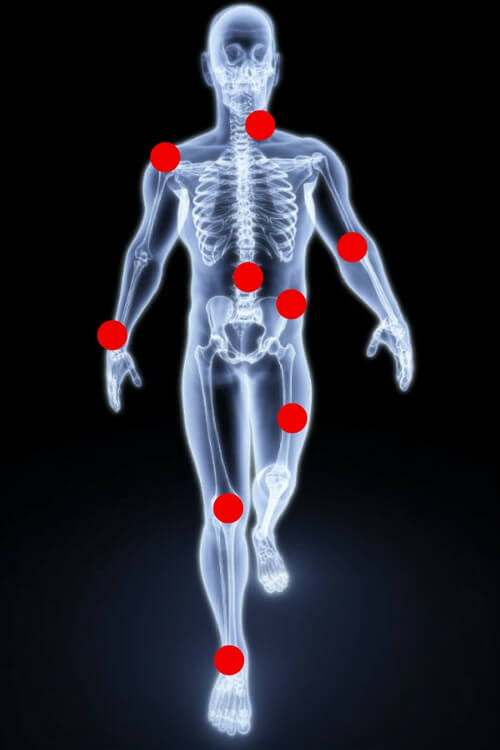